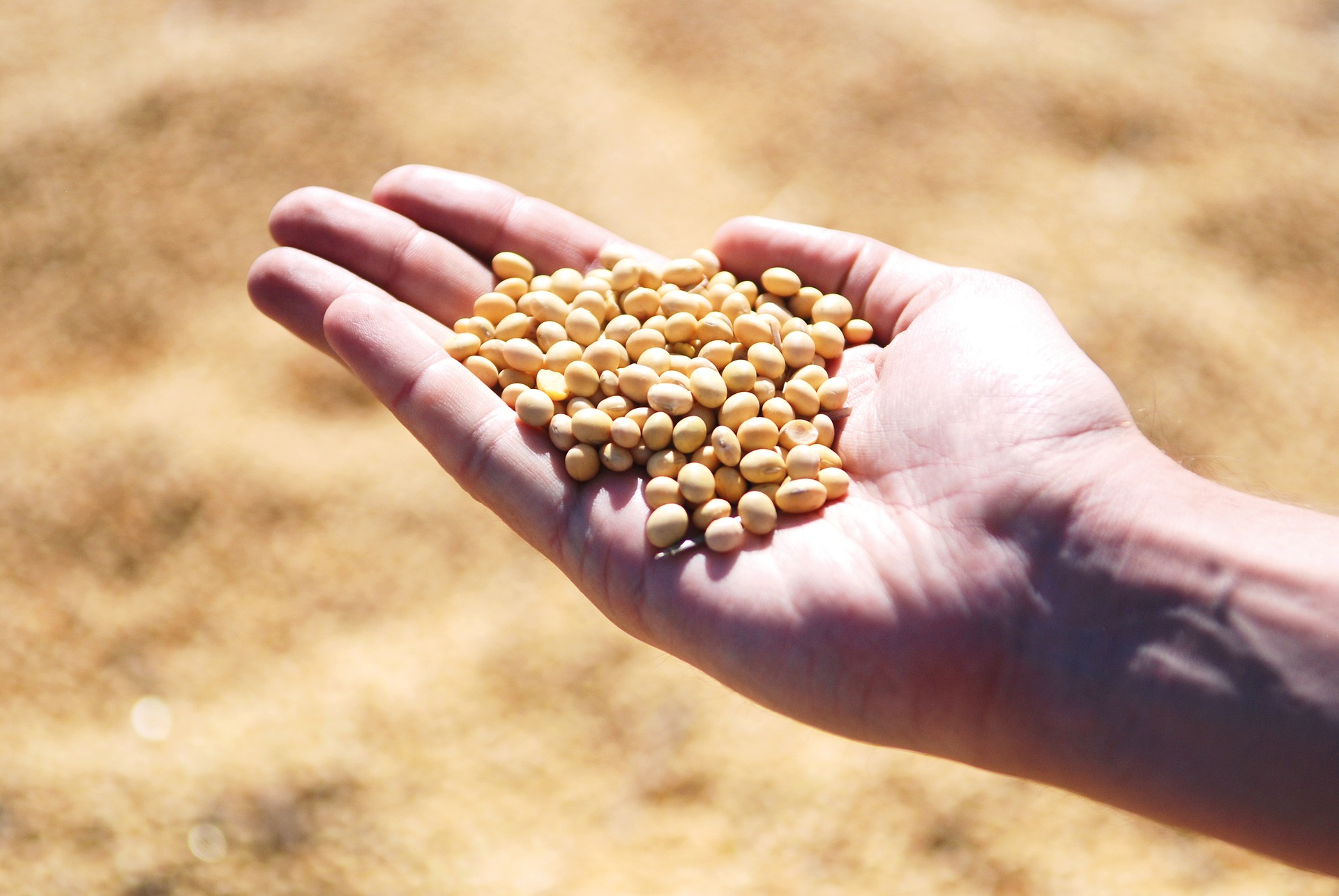 Soybeans are a type of legumes originally native to East Asia.

The plant is commonly classified as an oilseed, just as rapeseed or sunflower seeds.

RELATED: All You Need To Know About Rubber (Natural & Synthetic)

What Are Soybeans Used For?

Soybeans are a highly versatile product, used in human and animal nutrition, and occasionally as feed to natural oleochemicals.

Soyabeans’ protein is highly valuable for human consumption since it contains all eight vital amino acids.

The bean can be consumed directly, but it is also processed to obtain soybean sub-products:

Soybean meal is a sub-product of the processing of soybeans.

Soybean meal is almost entirely used for animal feed due to its content in carbohydrates and proteins.

Soybean oil is a valuable subproduct of the processing of soybeans.

The oil is liquid at room temperature, and is high in unsaturated fatty acids and thus makes it very apt for uses such as frying, baking, and the preparation of sauces.

Soybean oil is generally very affordable, with prices typically above Palm Oil but below Rapeseed Oil and Sunflower Oil.

The main four producers of soybeans are the USA, Brazil, Argentina, and China.

Soybeans are usually planted in rotation with corn (maize). This is partly because farming soybean crops enriches the soil with nitrogen.

The production of soyabean usually takes place in huge agricultural expanses, and close to ports in the case of export nations such as Brazil, Argentina, or Ukraine.

Where are Soybeans Produced?

Historically, soybeans have been produced in temperate parts of the world – areas with hot summers and mild winters.

In the USA, soybeans are usually the largest planted crop after corn (maize). The main growing areas are Iowa, Minnesotta, Indiana, and Nebraska.

Net importing countries like China and India are trying to grow their internal production, yet limited due to their climatic constraints.

How Are Soybeans Traded?

Soybeans are an internatioally traded commodity and are stored and shipped in bulk.

The large traders of soybeans usually trade other oilseeds as well, since producers and buyers alternate between products, depending on price and demand.

Who Are The Main Consumers Of Soybeans?

China has been the largest buyer of soybeans in the last decade, due to its large population, with over a quarter of the global demand.

The USA is the second largest consumer, followed by Argentina and Brazil, mostly in the form of soybean meal for the animal feed industry.

Soybean tofu is a high-protein content processed food made from soybeans.

Highly popular in Asia, and in vegetarian & vegan communities, tofu can be cooked in different ways.

Soybean milk consumption is growing in Asia due to the expensive price of milk, and also in the Western world as a substitute of milk for the lactose intolerant.

Soybean milk can be used in different ways and is widely available globally, at a competitive price.